This is a list of my published short fiction in reverse chronological order. The format is: cover scan, publication date, story title, blurb and art/photo credit. 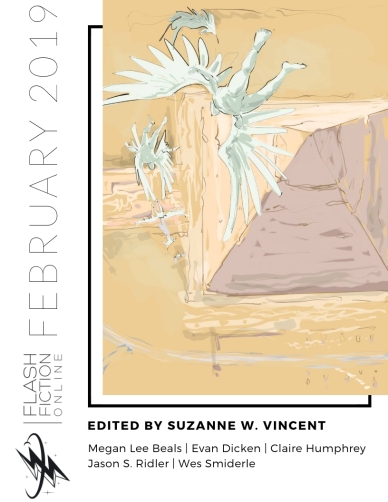 February 2019: “Safebuoys,” my first work of flash fiction, has been published in Flash Fiction Online. The full story is available online. The same issue also features a column by editor-in-chief Suzanne Vincent on the role of empathy in fiction. (Cover image by Dario Bijelac.)

Spring 2015: “Shriek Season,” a story set in a world where weather really is the only thing worth taking about, was published in the 100th edition of On Spec. Tangent Online called it “a fascinating read.”

November, 2007: “Dancing Through the Sky-Blue Doorway” was published in the Fall 2007 issue of The Puritan. (Cover photo by Toba Cooper.) 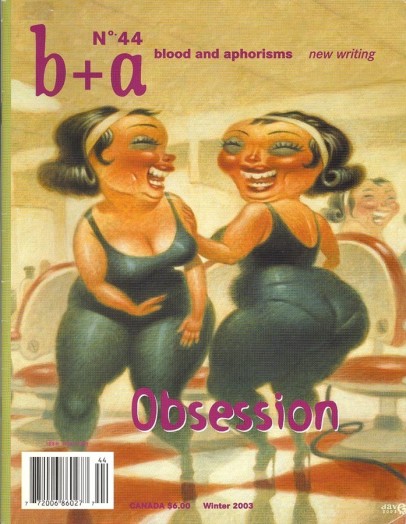 Winter, 2003: Welcome to the Motel California where it’s five bucks an hour and all the pride you can swallow. “One Ten” was published in edition #44 of Blood and Aphorisms. (Gloriously pneumatic cover art by Dave Cooper.)

Winter, 2004: The perils of lust, need and airport bars are all laid bare in “An Incubus in Love,” published in On Spec. (Cover painting, entitled “Touched by Addition,” by artist Adam Bowhey.)

Winter, 2003: A tale of desperate bodysnatchers and ghastly anatomists, “The Art of Dying Well” was published in On Spec. (Cover painting, entitled “Amongst Us,” by artist Karen Tristao.)

Spring, 2003: “Blackbirding”, a story about a haunted shipwreck in Lake Erie, was published in the On Spec. (Cover painting, entitled “Evil Fairy Godmother,” by artist Frank Wu. But what makes her ‘evil’?)

Winter, 2002: “Maisie’s Safe House,” a fictional account of the hours leading up to Igor Gouzenko‘s defection, published in Storyteller magazine. In 2003, it was shortlisted for an Arthur Ellis Award for Best Crime Short Story. (Cover painting by Brock Nichol.)